Lecture Events Held at the Bedazzled: 5,000 Years of Jewelry Exhibit 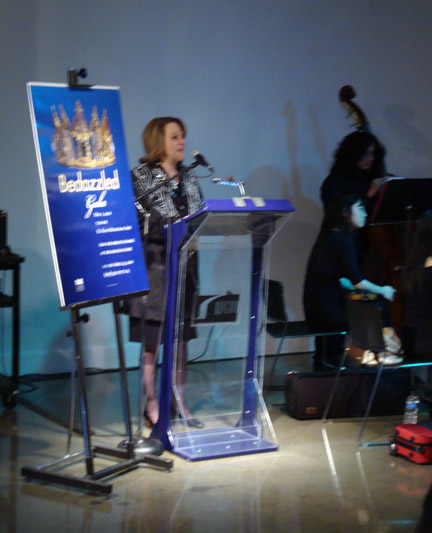 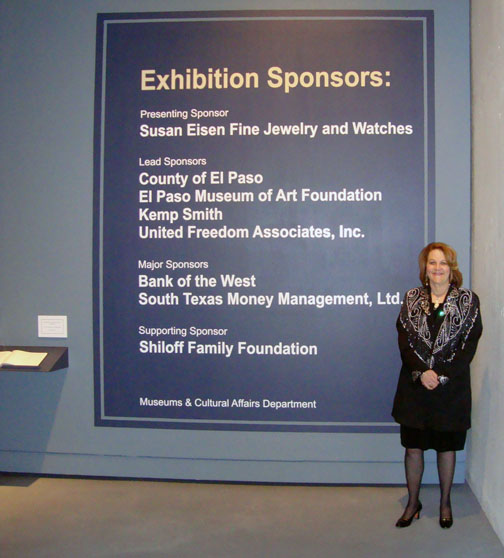 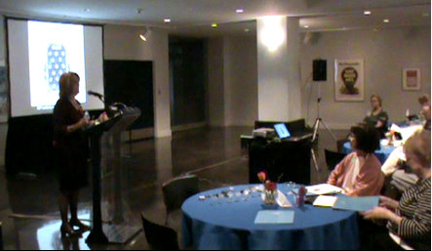 Susan Eisen showing her support as the Presenting Sponsor of the Bedazzled exhibit
and giving a lecture on the history of jewelry to the docents. 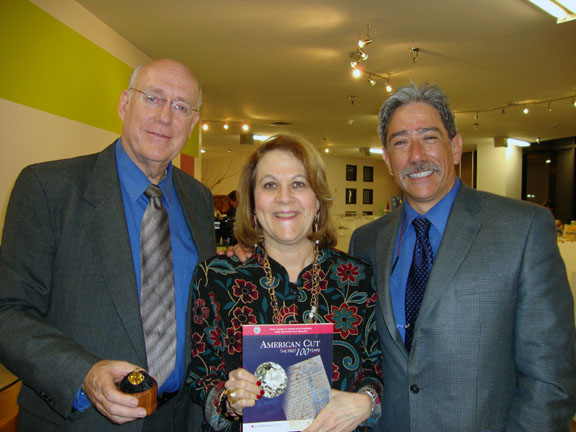 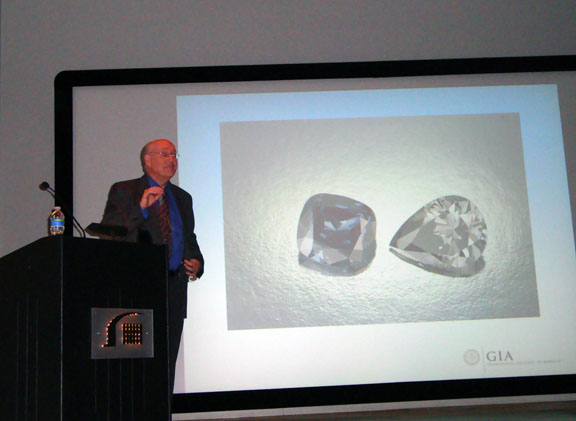 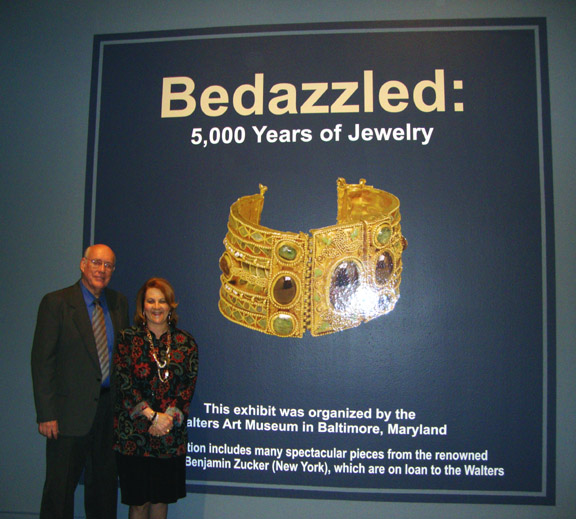 An evening with Al Gilbertson, GG, diamond researcher at the Gemological Institute of America,
GIA on The Art of Creating Heirloom Jewels Since 1912 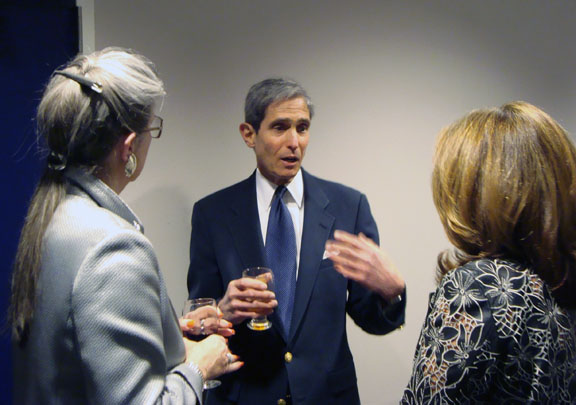 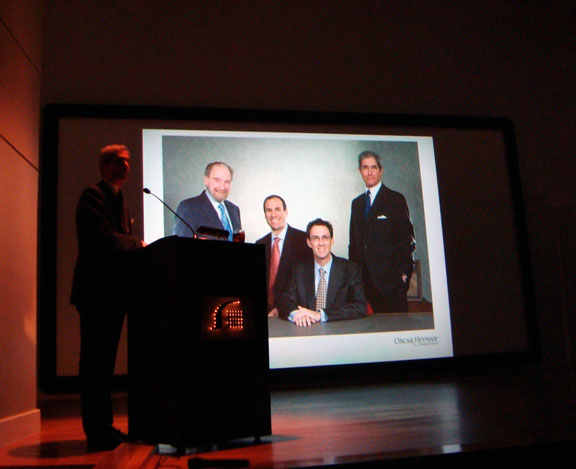 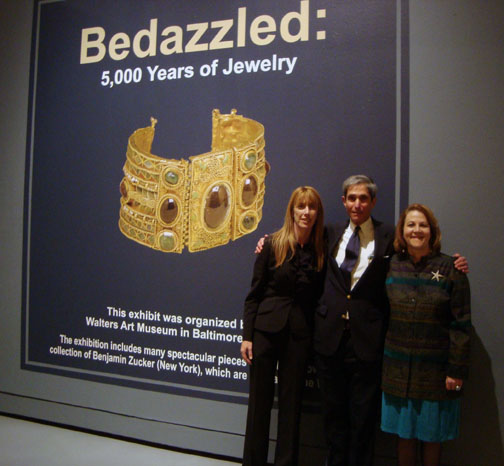 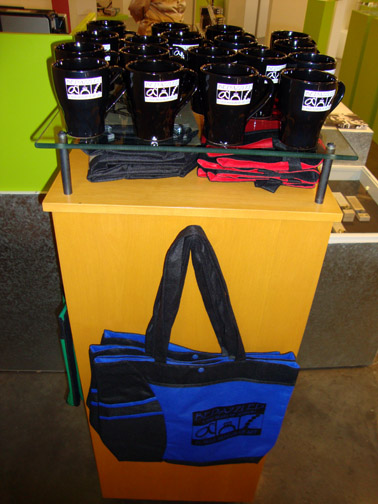 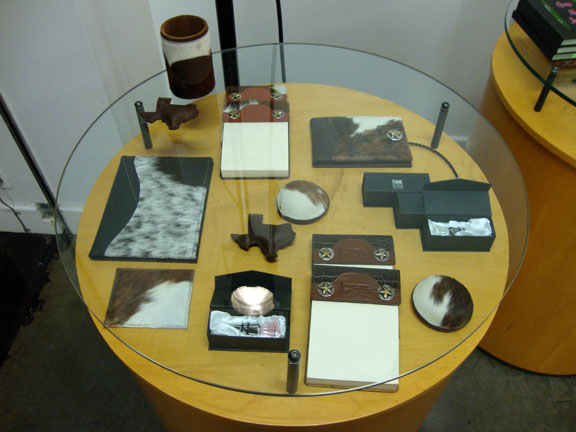 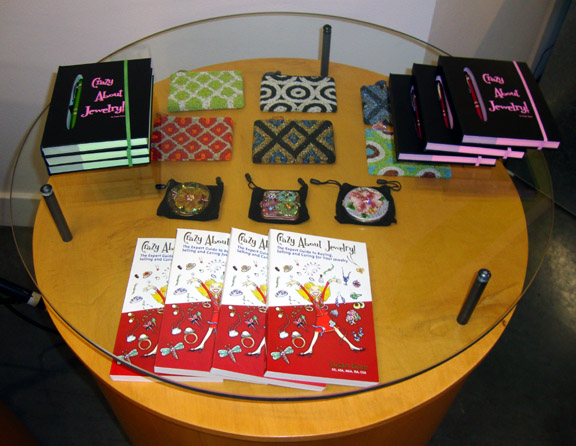 The exhibit is now closed and the priceless pieces of jewelry are now forever in their home at the Walter's Museum in Baltimore, MD.

Thank you to everyone involved and who attended the exhibit for making it the great success that it was.

Mesopotamian stone pendants and an ancient Roman snake bracelet, to a ceremonial Chinese headdress and Tiffany & Co. diamond necklace, Bedazzled: 5,000 Years of Jewelry will highlight 150 pieces from the Walters Art Museum in Baltimore, Maryland. On view March 27 - July 25, 2010 the exhibition will feature some of the Walters Museum's greatest masterpieces and hidden treasures on view for the first time. This selection presents the evolution of techniques and materials, and demonstrates the importance of jewelry as an expression of creativity and often wealth and position. In addition, a special exhibition section devoted to rings, the only type of jewelry worn continuously through the ages and a dedicated education gallery on the art of jewelry will be included.

The El Paso Museum of Art is one of a few museums worldwide, and the only venue west of the Mississippi that will feature this exhibition which provides examples of stunning jewelry from 5,000 B.C.E. through the early 20th century. Assembled primarily by one of Walters Art Museum's founders, Henry Walters, during the first three decades of the last century, this renowned collection contains superb examples of expert craftsmanship. 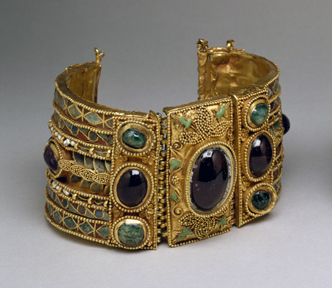 "We are so lucky to have this rich, varied and aesthetically beautiful jewelry collection at the El Paso Museum of Art," said museum Director Michael Tomor, Ph.D. "It's a once-in-a-lifetime opportunity to see this exhibit without traveling".

This exhibition was organized by the Walters Art Museum. The exhibition includes many spectacular pieces by Halifax, Wedgewood and Tiffany and of the renowned collection of Benjamin Zucker (New York), which are on loan to the Walters; Bedazzled is presented by the City and County of El Paso, the Museums and Cultural Affairs Department, and the El Paso Museum of Art.

The Presenting Sponsor is Susan Eisen Fine Jewelry and Watches as a gift to the City of El Paso, Texas, in honor of her 30th Anniversary being in business. Lead Sponsors are the El Paso Museum of Art Foundation, County of El Paso and Kemp Smith. Major Sponsors are Bank of the West, and South Texas Money Management, Ltd., Supporting Sponsor is the Shiloff Family Foundation.

Exhibition Highlights About the Exhibition

Bedazzled will open with works from the ancient world, such as two pendants in the form of rams heads demonstrating the remarkable development in multicolored glass production by the fifth century B.C. Egyptian treasures will be presented, a bright blue faience amulet featuring the lion-headed goddess Sekhmet, as well as an intricate necklace strung with beads and amulets of gold, faience, carnelian and glass.

One of the most admired objects in the collection is a bracelet from Olbia at the northern coast of the Black Sea in the first century B.C.E., which is decorated with gold granulation and set with colorful gemstones backed with gold foil. Other gold masterpieces from the early centuries B.C.E. will include a delicate pair of Etruscan spirals from the 7th century B.C. E., a gold and garnet Greek diadem, and a gold, horse-shaped pendant crafted by Greek artisans. Also perennial favorites are two sixth-century A.D. Visigothic garment clasps in the form of eagles. These colorful birds are executed in bronze overlaid with gold and set with garnets, mother-of-pearl, crystals and amethysts.

Another rich section of the Walters jewelry collection is from the Renaissance. During this time, there was a revival in the production of sumptuous jewelry, utilizing the talents of the greatest artists of the period and sustained by princely patrons' wealth. Examples include pendants incorporating enameled figural elements mounted with pearls and gemstones and exquisitely detailed gold dress ornaments illustrating the height of 16th-century fashion. 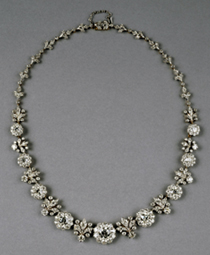 In the 18th century, men and women wore chatelaines, a clasp or hook from which hung suspended watches and signet seals. A particularly attractive gold example comes complete with a rock crystal seal and a key. In the 19th century, historical revival dominated, and the exhibition will follow its sequence beginning with the Austrian Gothic revival bracelet with pointed arches in gold set with carnelian, malachite and other colored stones. Bedazzled will also feature classical revival or archaeological style works from the mid-century by the Castellani firm and Giacinto Melillo. True gems from the early 20th century include a Tiffany & Co. iris corsage brooch set with 139 Montana blue sapphires that was shown in the 1900 Paris Exposition Universelle and several bijoux d art, or art jewels, that premier Art Nouveau jeweler Rene Lalique displayed at the 1904 Louisiana Purchase Exposition.

The role of rings as symbols of love, marriage and death will be illustrated with medieval posy rings, Renaissance and Baroque marriage rings, both Christian and Jewish, and skeletal memento mori rings. Special emphasis will be placed on precious diamond-set rings and the technological development of early diamond cutting.

The last section of the exhibition will explore the intriguing questions raised by recent scholarship concerning forgeries and replicas. In the 19th century, the increasing interest in and demand for jewelry of earlier periods gave rise to numerous revival styles and to "archaeological" jewelry. Forgers seized the opportunity and produced pieces of high quality, which even today are sometimes difficult to distinguish from originals.

About the Jewelry Collection

The Walters jewelry collection is the most wide-raging collection of jewelry assembled by a private collector in the United States. Henry Walters (1848-1931) purchased a vast array of jewelry objects from numerous cultures and over five millennia, thereby significantly expanding the efforts of his father, William T. Walters (1819-94), a railroad magnate in Baltimore who started the collection.

The exhibition catalogue Bedazzled: 5,000 Years of Jewelry will be available for purchase for $9.95 at the El Paso Museum of Art Store beginning March 27, 2010. This exquisitely illustrated book presents a wonderful selection of jewelry dating from the 5th millennium B.C.E. to the early 20th century from the collection of the Walters Art Museum. Various gifts commemorating the Bedazzled exhibit, El Paso, and jewelry itself will be available as well in the Museum of Art Store.